Next week we’ve got a great opportunity to speak out for clean air and healthy watersheds. You might remember a bill from last session called S.B. 80- Infrastructure Funding Amendments, which directed hundreds of millions of dollars in sales tax to build massive and unnecessary water diversion projects to drain an already over-taxed system. Well, this bill has made it’s way back to a legislative hearing and we need you to help HEAL and our friends at the Utah Rivers Council speak out against it.

Projects like the Lake Powell Pipeline and Bear River Development create diversions that will be catastrophic for our rivers and our efforts for a greener Utah. One of our biggest concerns is a diverted Bear River leads to the drying up of the Great Salt Lake. If this happens, not only will one of the largest migratory bird refuges be destroyed, but also the exposed lakebed will cause increased dust storms that further threaten our air quality along the Wasatch Front.

We sure don’t want that to happen, so please come and help us to make sure that these damaging projects don’t go unchallenged. There will be room for public comments so please come share your view, at the Utah State Capitol in House Room 30 on July 12 at 3:00 PM. Check out the agenda here!

If we stand together we can ensure a healthier Utah for many generations to come.

See you next week!

P.S. Utah Moms for Clean Air recently started a petition demanding that Chevron commit to bringing Tier 3 gas. You can sign on here and share it with your networks!

Appreciate what we do? Consider making a donation to support HEAL’s work. You can also make your online purchases through HEAL’s Amazon Smile page. Thank you!

Read and make your opinion known:
We can still have input until August 11th via mail to the BLM, attention Keith Rigtrup, Kanab Field Office, 669 S. Highway 89A, Kanab, Utah, 84741, or email at ut_kanab_atoncoal@BLM.gov

Details:
The Bureau of Land Management is once again reaching out to the public for comment on a proposal to expand Utah’s only surface coal mining operation — a controversial pitch because of potential impacts to sage grouse, nearby national parks and monuments and air quality.

At the same time Alton Coal wants to boost its operation by more than 3,500 acres, the federal agency acknowledges that difficult mining conditions and depleted reserves in Utah’s chief coal beds in Carbon and Emery counties are forcing mining operators to look elsewhere in the state to meet future coal demands.

At Alton, operators want to tap into nearly 45 million tons of recoverable coal and pull 2 million tons of coal out of the ground over 25 years. Alton’s current operation is about 700 acres. A separate application to expand the operation to 300 acres on private land is pending before the Utah Division of Oil, Gas and Mining, which is readying for its own public comment period to begin later this month.

The BLM’s comment period runs until Aug. 11 and also includes informational open houses planned for tonight[16 July] at the Red Lion Hotel in Salt Lake City, July 21 in Kanab at the BLM’s field offices on U.S. 89 and on July 22 at Alton Town Hall. Both events are from 6 p.m. to 8 p.m.
The public can also comment via mail to the BLM, attention Keith Rigtrup, Kanab Field Office, 669 S. Highway 89A, Kanab, Utah, 84741, or email at ut_kanab_atoncoal@BLM.gov

This comment period is for the public weigh in on a supplemental draft environmental impact statement that was prompted by objections voiced when the proposal received its first environmental analysis. The federal agency noted the 177,000 comments raised concerns over sage grouse, air pollution and night sky impacts, all of which received a more robust analysis in this latest undertaking.

Kane County Commissioner Jim Matson said Alton Coal has been a good community neighbor and officials there are in support of the expansion.
“We are definitely in favor of that,” he said. “They have a very constrained type of footprint and have confined everything within the limits of their operating plant. … It is just a matter of them taking care of the dust control and road maintenance from the coal haul itself.”

Alton Coal employs 52 people and provides another 100 jobs via supporting industries such as trucking.
“Another big factor as this permit goes about and becomes a matter of reality is that it will generate revenues and royalties that will come to our county,” Matson added.

While surface or strip mining is an anomaly in Utah compared to its deep underground mines, the BLM said Alton Coal plans to reclaim the mine concurrent with its mining of coal, and has committed to a post-closure reclamation and revegetation monitoring period for at least a decade.
The coal that is part of the proposed federal lease is among several beds in the Kanab area that hold approximately 10 billion tons of in-ground coal resources. Many of those are unsuitable for development, however, snaking underneath towns, the Alton City Cemetery itself and the Glen Canyon National Recreational Area, according to the BLM.

Some of the coal also exists in the Dixie National Forest, but federal authorities have determined that surface mining of coal in national forests is inappropriate.
Mark Clemens with the Utah chapter of the Sierra Club believes the extraction of coal at Alton is inappropriate as well.

“The expansion of the Arch Coal Mine represents a real threat to southern Utah, the southern Utah economy and the way of life to people who live in Garfield and Kane counties,” he said. “We are really concerned about the impacts to the quality of the experience of visitors to Bryce Canyon National Park, as well as other parks and public lands nearby.”
Matson said the Alton Coal operation is “fairly unobtrusive” and is no more, or less than that of some sand and gravel operations that are common throughout the state.

“In reality when you look at its location, is in the Alton Valley. … It is not at all visible from Bryce Canyon,” he said, adding that the route where the operations exists is traveled, but not typically by park-visiting tourists.

Sierra Club critics, too, have raised questions over the number of violations that have been lodged against Alton Coal since it began operations in 2009 — a dozen — but the state mining division’s deputy director, Dana Dean, said that amount is not atypical for a mining operation.

Matson, who stressed officials value the region’s recreational attractions, said he believes the Alton Coal mine and its proposed expansion have been inaccurately depicted by its critics.

“I think there are mischaracterizations by the non-governmental organizations that are in the business of misinformation and controversy as they do fundraising and membership drives,” he said.

“Beautiful flowers with wings” is a phrase frequently used to express the exquisite beauty of butterflies. Join naturalist Jack Greene for a fieldtrip to learn about the secret lives of these amazing sparks of life along with birds and flowers we may encounter along the way.

Bring binoculars, lunch and water. We will carpool from the Forest Service parking lot located at 1600 East, Highway 89. For more information contact Jack at 435-764-4815 or email jackisgreene@yahoo.com

Rain or Shine, the First Annual Randy Wirth Half Century Ride will take place on May 16th. The easy to moderate level ride will begin at Caffe Ibis located at 52 Federal Avenue in historic downtown Logan Utah before winding it’s way through scenic Cache County. The purpose of this ride is to promote safe cycling practices and to showcase some of Randy’s favorite cycling routes in the Cache County. All proceeds raise funds to donate toward planting trees and increasing bird habitat in Logan, Utah.

To register and to see a course map, please go to www.caffeibis.com. Registration is $50 per rider and includes support at four rest stops, on course support and gear (SAG) vehicles, and a post-ride luncheon (provided by the Italian Place) at the finish line. Sport-tec and/or organic cotton shirts can be purchased on the registration website for an extra $20 each. $5 off registration through May 5th.

For the 7th year in a row Bike to Work & School Week will encourage people in Logan to ride their bikes to work and school. During the week of May 11 – 16, 2015, cyclists will be offered snacks, prizes, and information about cycling from 7:30 – 9:30 AM at the CTVD Transit Center and on 700 E in front of Aggie Blue Bikes on the USU campus. Volunteers, in conjunction with Cache County Bike & Pedestrian Advisory Committee (BPAC), USU Sustainability, and Aggie Blue Bikes, will staff the prize tables and offer lightbicycle tune-ups at the two locations in Logan.

In addition to the tables at CTVD Transit Center and Aggie Blue Bikes each morning, other events will be celebrating and encouraging riding. On Tuesday, May 12 (10:00 a.m., Logan Transit Center), the bike riders are encouraged to come ride with Logan Mayor Craig Peterson and to take advantage of some of the new infrastructure improvements that make cycling in Logan more safe and fun. This event gives cyclists a chance to ask questions, raise issues, and discuss improvements and needs with Logan City officials.

The events and festivities of Bike to Work & School Week occur just following the May 1 kickoff of the “The National Bike Challenge,” an annual nationwide biking contest that promotes biking for fun and transport. The contest aims to unite over 75,000 bicyclists who are encouraged to ride collectively 35 million miles between May 1 and September 30. Bike to Work Week encourages riders to start riding their bikes to work and to join the National Bike Challenge to continue riding for the entire summer.

Bike to Work Week is a national event, organized by The League of American Bicyclists, a group of citizens who love to bike and think more people biking would be a benefit to the city by helping to increase fitness and fun. 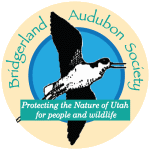